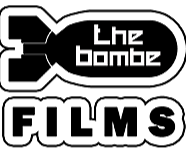 A No Budget Short Film By Jonny Porter.

Reggie Chamberlain-King, author of Weird Belfast discusses his book, his influences in this short documentary. Reggie talks about the controversy surrounding his performances during the Open House Festival in Bangor. In these shows he tells the true story based on Dr William Jackson Crawford's paranormal experiments with local medium Kathleen Goligher. The experiments relate to the phenomenon of ectoplasmic rods, during the early 20th century in Belfast. Directed by Jonny Porter.